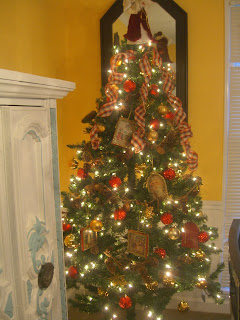 Our Dining Room Christmas tree
The Christmas trees have been packed away and a new year is upon us.  But, I have to admit, I'm not  quite ready!  I'm still in Christmas mode.  So, before the year ends, I'm taking a look back!﻿
﻿ 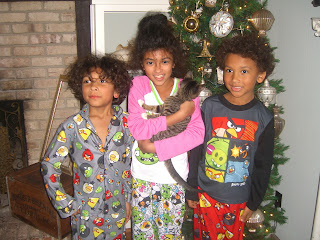 On Christmas Eve night, the kids got their new pajamas and ornaments. 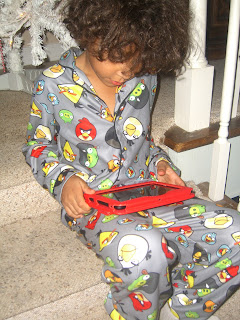 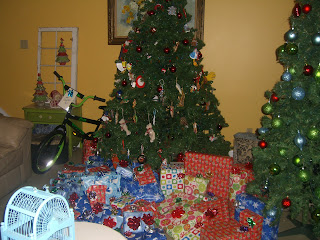 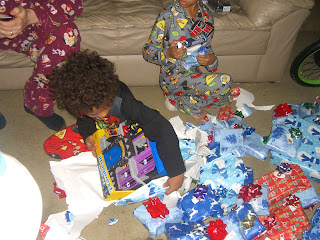 The kids were excited to start opening toys. 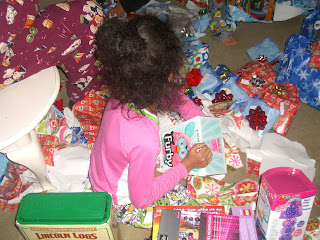 But...we almost...almost...ended up at the Emergency Room on Christmas morning! 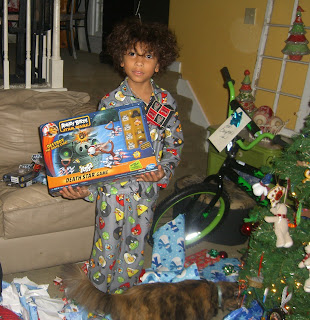 Dave was opening a toy and decided to use his pocket knife instead of scissors.  In the process of cutting the plastic, he accidentally stabbed the knife into his thumb.  I'm sitting on the floor with the kids and suddenly Dave screams.  The toy and the pocket knife go flying across the room (fortunately not hitting anyone).  At first, I didn't realize what happened.  Until, I followed after Dave and started seeing drops of blood leading to the kitchen.  And, the drops were getting bigger and bigger!  Dave was at the sink trying to stop the bleeding.  When he took the pressure off his thumb, the blood gushed up like a geyser.  At that point, we're thinking he needs to go to the ER.  So, I rush upstairs to put on some clothes.  But, I'm all panicked and find myself running around in circles looking for a skirt.  I'm also feeling quite queasy from the sight of the blood.  Luckily, crisis was averted and the bleeding stopped.  Thank God! 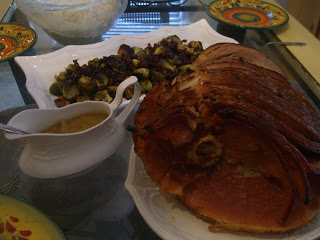 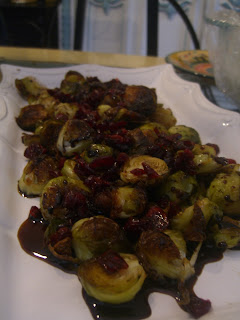 If you haven't tried the Pioneer Woman's recipe for Roasted Brussels Sprouts with dried cranberries and balsamic reduction, you must!  They are absolutely delicious!  My mouth is watering just thinking about them.  The roasting takes them to a whole 'nother level! 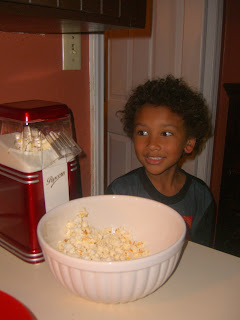 At the end of the evening, we settled down and enjoyed some popcorn courtesy of Reed's popcorn machine.  Yes, he asked for a popcorn maker for Christmas!
Mary Ellen

Last night while flipping through the channels, I came across a special on TLC called "Wives with Beehives". The special will be aired again tonight (12/28) at midnight on TLC (set your DVRs!). If you haven't watched it yet and don't want to be spoiled, you might want to stop reading now :) Based on the title alone, it totally sounded like something I had to watch! The special focused on four ladies living very 1950s lifestyles. Not only in the way they dressed, but their homes and other aspects of their lives. Of course, I loved, loved, loved their dresses, gloves, hats, hair, makeup and cute retro furnishings! I also found myself in agreement with the ladies about the appeal of the 1950s way of life. It was a time of more traditional roles, with men as the providers and women caring for the homes. It may sound strange to some that as a working woman, I would prefer a time when few women worked outside of the home. But, even within my very modern life, our home and mindset is very traditional. My focus is always homeward, hence the tagline, "Celebrating the domestic side of working motherhood".

Of course, it wouldn't be a reality show without some drama! When a new member joined the scene, it brought out some cattiness from one of the other ladies. But, as one of the ladies stated, living the 1950s lifestyle doesn't make you a perfect angel! I enjoyed the show and hope it returns as a series instead of just a one-time special. It would also be great to see not just this group of ladies, but others who live varying degrees of the 50's lifestyle. Or maybe others living in different decades.

ETA:  One of the ladies that appeared on "Wives with Beehives", Dollie DeVille, has written about her experiences filming the show.  And they were not pleasant at all!  It's a shame because I would have enjoyed watching the ladies lives as they are without any drama or fabricated storylines.


Did you watch the show last night? What were your thoughts?

Email ThisBlogThis!Share to TwitterShare to FacebookShare to Pinterest
Labels: Retro, The Not So Serious, Vintage 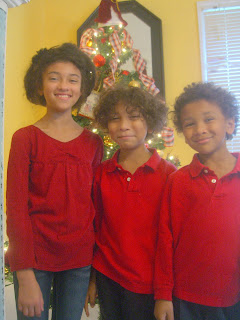 Wishing you a very Merry Christmas!
Mary Ellen
﻿
Posted by Mary Ellen at 7:00 AM 4 comments: 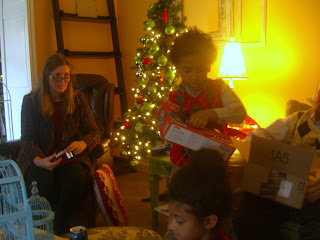 Yesterday, we were visited by my husband's mother, his siblings and their significant others.  It's always great to see his brothers and sister as they live out-of-state.  And of course, the kids always look forward to visits from Grandma! 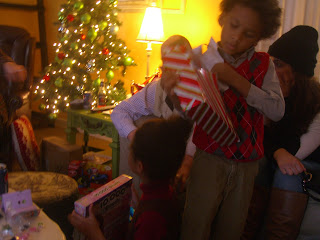 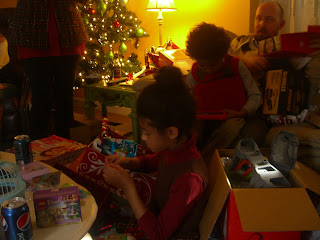 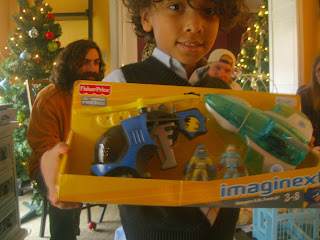 and toys, much to the delight of the little ones! 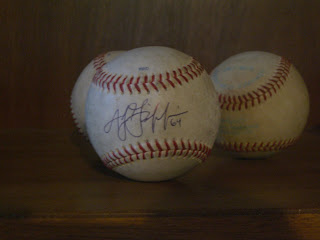 ﻿
The kids even got a chance to meet an actual Major League baseball player!
My gift is in the mail - literally!  It was delayed in all the holiday shipping.  But, I can't wait to get cooking with my new Le Creuset cookware set :) 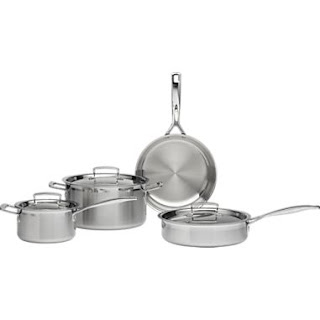 Since the family came yesterday, today has been quiet and restful.  I've been busy in the kitchen prepping for our Christmas Dinner.  Making Sweet Potato Casserole and Jalapeno Coleslaw to go along with our Dijon-Pineapple Glazed Ham.  Later, we'll take a ride around and look at Christmas lights.  That's when the "elf activity" starts to pick up around our house :)  Every Christmas Eve, an elf stops by to drop off a new pair of pajamas and an ornament for the kids.  A reminder they should get to bed early tonight!
Mary Ellen
﻿
﻿
﻿
Posted by Mary Ellen at 2:39 PM 1 comment:

A few weeks back, I caught myself sitting at my desk doing something really strange - I was squinting!  By the time I got home in the evenings, my eyes were just so tired from staring at a computer screen all day, it was difficult to help the kids' with their reading homework.  So, I went in for an eye exam.  And while my vision was 20/20, I learned that I have astigmatism.  The doctor suggested glasses as a way to reduce the strain on eyes while at work.

As I began looking for frames, I was really excited to try on a pair of cat eye glasses.  To my surprise, I didn't really like how the looked on me.  Dave suggested I continue my search for frames at Costco.  I was pleasantly surprised by their selection and the price of the frames were very reasonable.  I found a cute pair of Lucky Brand frames that had just the right amount of retro for my taste!

Email ThisBlogThis!Share to TwitterShare to FacebookShare to Pinterest
Labels: Frugality, Retro, The Not So Serious

I've noticed a few bloggers have mentioned running out of photo storage space.  I've reached my limit too!  Although, sometimes the system must experience a hiccup because occasionally, I can still upload photos directly from my PC.  But, mostly I've been posting photos using the image hosting site, Photobucket.

I started using Photobucket back in my Mommy/Baby message board days as a way to share belly progression and baby pics!  Once you've set up your Photobucket account, it's pretty easy to use for posting photos in your blog posts.  First, upload your photo.  Then, copy the url listed in the Direct Link box.  If you click in the Direct Link box, it will automatically copy the url. Or,  you can highlight the entire url and right-click, copy or Ctrl+C (the shortcut to copy).

To insert the image into your blog post, go back to your open post (I usually have Photobucket open in one tab, and Blogger in another).  Click Insert Image, select "From a URL" as the image source, and paste the url from Photobucket into the box.  If the url is correct, the image will appear.  Then, click "Add Selected" to place the image in the post.  Easy peasy lemon squeezy!

Photobucket offers a number of paid storage options to choose from.  However, I have the 2GB FREE storage account.  I currently have 710 images in my library and it's registering as only 4% full.  You can also edit photos in Photobucket and add different effects!

At some point, I will probably have to look into paid storage.  Or delete old pictures.  But, I did want to share this with those who may not be aware of the free image hosting sites out there!

Posted by Mary Ellen at 3:26 PM No comments:

Email ThisBlogThis!Share to TwitterShare to FacebookShare to Pinterest
Labels: Blogging, Frugality, Link Love, The Not So Serious

Mary Ellen﻿
Posted by Mary Ellen at 6:56 PM No comments:

FINALLY, the longest work week ever has come to an end!  What is it about the work week after a holiday, that makes it seem like it goes on forever?  I'm finally back in my element, at home, among the dishes and the dust.  Even though the demands of being a working home keeper can be overwhelming at times, I find being at home extremely restorative.  Even though I may mumble about things never staying clean longer than a minute (I'm working on that!), the truth is I enjoy taking care of my home and all that are in.  I find joy in homemaking.  My therapy happens within the walls of my home.  It's where I create, beautify, bring order, nourish, teach, establish harmony, encourage and love.  It's not just pushing a vacuum, loading and unloading a dishwasher and dusting knick knacks.  It's the work of my soul. 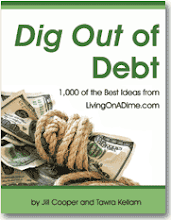 Save Time in the Kitchen with Vitamix! 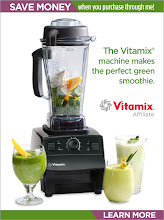 Join Me at Social Spark!

And he said unto me, My grace is sufficient for thee: for my strength is made perfect in weakness. Most gladly therefore will I rather glory in my infirmities that the power of Christ may rest upon me. - 2 Cor. 12:9 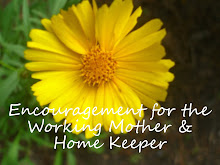